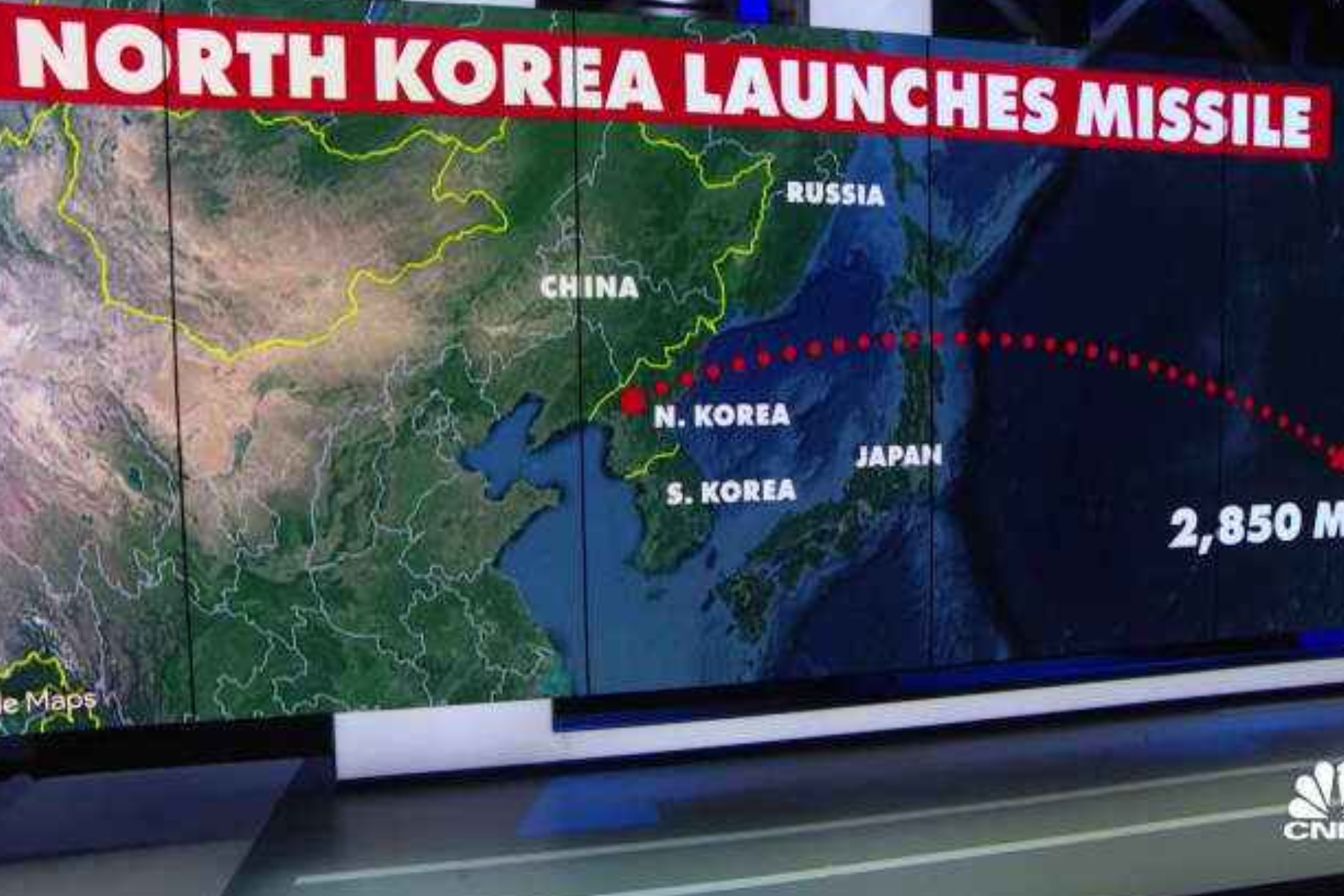 On Tuesday, in response to North Korea's most recent launch of a long-range ballistic missile, the administration of US President Joe Biden responded on multiple fronts, including reaching out to allies in the region on the diplomatic and military fronts and at the leader level, with U.S. President Joe Biden.

After being launched late on Monday, the missile passed over Japan early on Tuesday morning ready to travel to its final destination in the Pacific Ocean. The launch of a missile by North Korea causes alarm in Washington.

The most recent missile test conducted by North Korea - the 23rd to date - was unique in that it marked the first time in the last five years that a North Korean missile had been fired directly over Japan.

This test was also the 23rd year to date. Mostly on waking up, residents of the northern prefectures were alerted by sirens and instructed to take cover.

But the top-secret country got the world's attention again on Tuesday when it fired an intermediate-range ballistic missile over Japan for the first time since 2017. Two northern prefectures in Japan were told to take shelter.

South Korea's Yonhap news agency says that the U.S. and South Korea responded by sending bombing planes to a deserted island in the Yellow Sea as part of a drill.

The White House stated that US President Joe Biden had a phone conversation with Japanese Prime Minister Fumio Kishida on Tuesday morning to reconfirm the United State's "ironclad commitment to Japan’s defense," and to acknowledge that the launch posed "a danger to the Japanese people."

According to the press secretary for the White House, Karine Jean-Pierre, who informed reporters on Tuesday, the president's call came after conversations on Monday night between the national security adviser Jake Sullivan and Secretary of State Antony Blinken and their Japanese and South Korean counterparts.

According to the Pentagon, Defense Secretary Lloyd Austin also had phone conversations with his counterparts in Tokyo and Seoul. He was in those cities.

On Tuesday, the commitment that had been stated by the United States and its allies could be heard and seen in the skies above northeastern Asia.

The United States and South Korea responded to the launch of a missile on Tuesday by conducting joint aerial flight and precision targeting exercises in the airspace over the Yellow Sea, which is located off the coast of the Korean peninsula.

The training exercises consisted of firing at a target located on an island that was lacking in residents. According to Jean-Pierre, a similar type of joint exercise was performed by fighters from the United States Marine Corps and Japan's air self-defense fighters.

According to John Kirby, a spokesman for the National Security Council, the exercises that took place on Tuesday were specifically held in response to the most recent missile launch. However, in addition to that, they served to strengthen trilateral coordination in the face of a threat that keeps growing.

Every time [North Koreans] do one of these launches, some are successful. Some are not. Some are only partially successful. But each time they do this, they learn. They get better. They get more capable.

- John Kirby, a spokesman for the National Security Council

Besides that, he continued by saying that because of this, they feel the need to maintain their vigilance and ensure that they have the capabilities in the area necessary to protect both their own national interests and the interests of their allies.

South Korean President Yoon Suk-yeol called the test "reckless" and said that his country's military, its allies, and the rest of the world would respond with force.

Fumio Kishida, the prime minister of Japan, told reporters in Tokyo that North Korea's actions were "barbaric" and that the government would continue to gather and study information.

The launch over Japan was "not a productive path forward," Daniel Kritenbrink, the top U.S. diplomat for East Asia, said during an online event put on by the Institute for Korean-American Studies. He also said that Washington was still willing to talk.

Lee Jong-sup, the defense minister of South Korea, told parliament on Tuesday that preparations for a nuclear test in the North were finished around May. He said that if there is a test, it might use a smaller weapon meant for use in the field or a device with a higher yield than those used in previous tests.

Lee said it was hard to say when Pyongyang would do its seventh nuclear test, but lawmakers who were briefed by intelligence officials last week said a possible window could be between China's Communist Party Congress this month and U.S. mid-term elections in November.

Kritenbrink said that the nuclear test was "likely awaiting a political decision to do so," and he warned that such a "dangerous" act would be "a grave escalation that would seriously threaten regional and international stability and security."