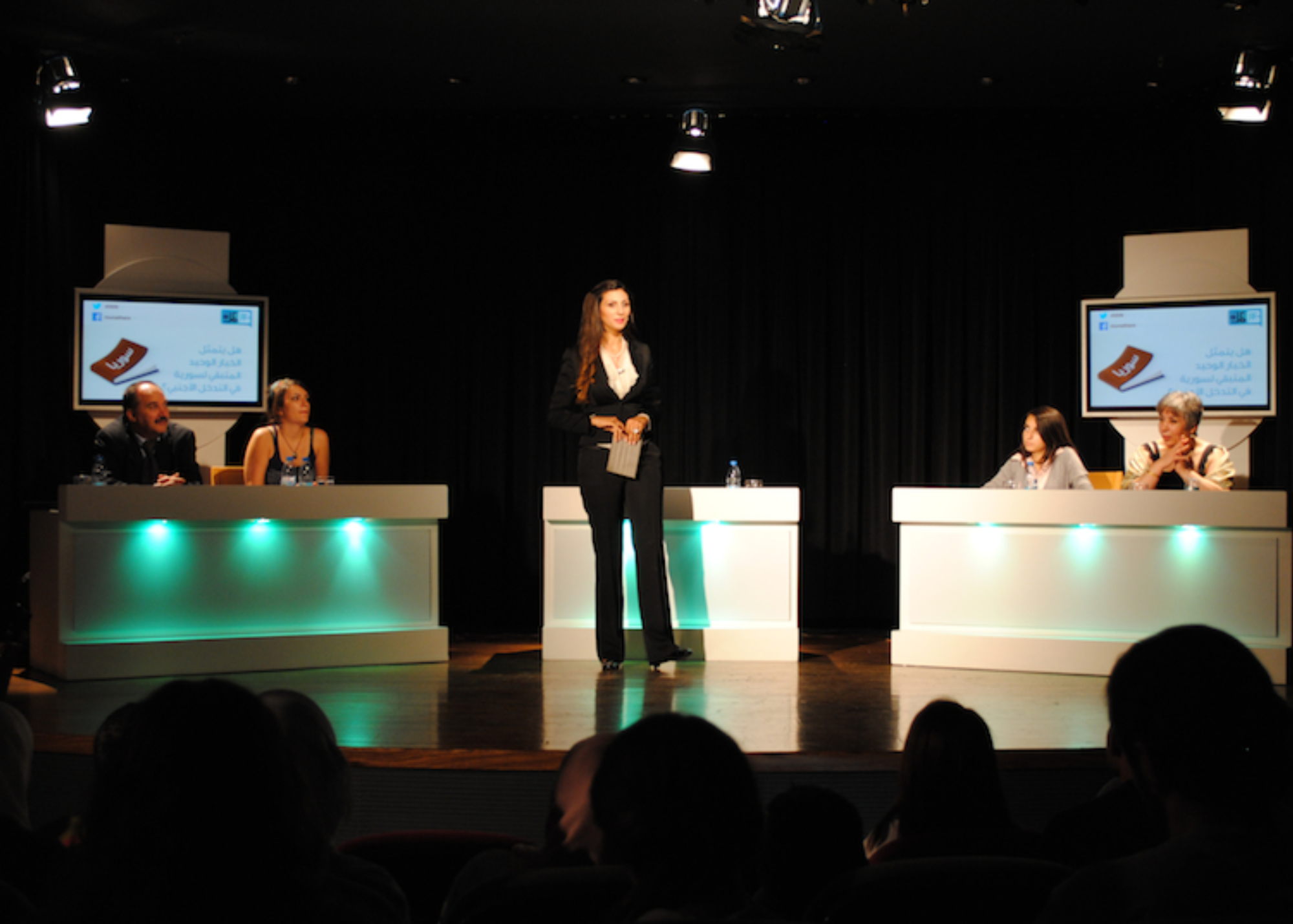 Within the scope of the Syrian Youth Leaders of Tomorrow Initiative, taken by GPoT Center in cooperation with the Munathara Initiative (Munathara), 11 winners of the Musabaqat Munathara #DD9, an online debate competition dedicated to the youth of Syria, traveled to Istanbul for a two day debate and dialogue training. During the training, the youth were taught different debate techniques and methods, defense skills, and the importance of having an active voice in a democratic society, and were encouraged to record 99-second videos presenting their opinions for and against foreign intervention in Syria.

The two most outstanding participants from the two day training were nominated to take part in a live debate alongside two well-known opinion leaders, which took place in the Önder Öztunalı Konferans Salonu of Istanbul Kültür University (Ataköy Campus) in the evening of 18 September 2013.