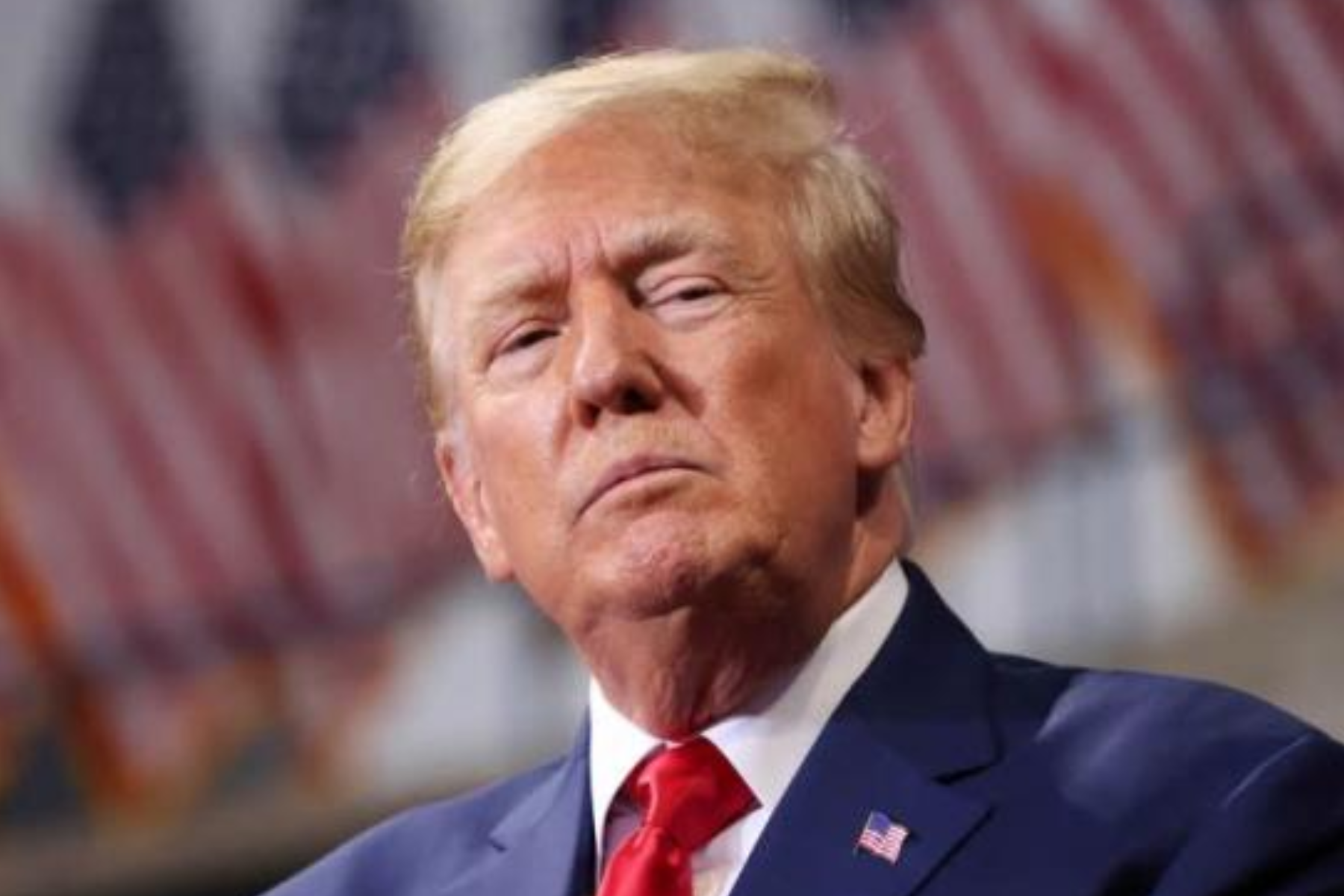 Former President Donald Trump petitions the Supreme Court over the search and seizure of documents at Mar-a-Lago this summer.

His emergency request with the Supreme Court is the latest example of the former President seeking to involve the justices in investigations that entangle him - at a time when the high court’s legitimacy in politically explosive cases is under intense scrutiny.

Trump is specifically asking the court to ensure that the more than 100 documents marked as classified are part of the special master’s review. If the request is granted, it could help the former President challenge the search in court.

He has said that as a former president, he may have had the right to have certain government documents, including ones that could have the country's most secret information.

But Trump is not asking the Supreme Court to stop the Justice Department from using the documents in its criminal investigation into how materials from his White House were mishandled.

Trump's application went to Justice Clarence Thomas because he is in charge of cases coming from the circuit court that is handling the special master order appeal. Thomas gave the Justice Department until 5 p.m. on Tuesday, October 11, to respond.

It's still not clear if giving the special master, who is a third-party attorney in charge of looking over evidence and weeding out privileged documents, access to classified documents poses a real threat to the criminal investigation.

It's also not clear how the high court will feel about Trump's claims, which are mostly based on technical arguments about whether an appeals court had the right to cut out the 100 documents from the review.

Late last year, Trump asked the justices to stop his White House from giving documents to congressional investigators on January 6, 2021. The request was turned down by the high court.

Trump's emergency request to the Supreme Court comes after the 11th US Circuit Court of Appeals sided with the Justice Department and said that the department's criminal investigation into the classified documents could go on.

A district judge in Florida had stopped the investigation from using the records because Trump wanted a third party to look over the information found during the search of Mar-a-Lago. Now, that court of appeals is thinking about whether or not to get rid of the rest of the special master order.

A Narrow Legal Request Before SCOTUS

Trump is not asking the high court to lift the hold that Judge Aileen Cannon, a US district judge he nominated in 2020, put on the Justice Department investigation getting access to the classified documents. But Trump wants these documents to be added back to the list of things the special master is looking at. 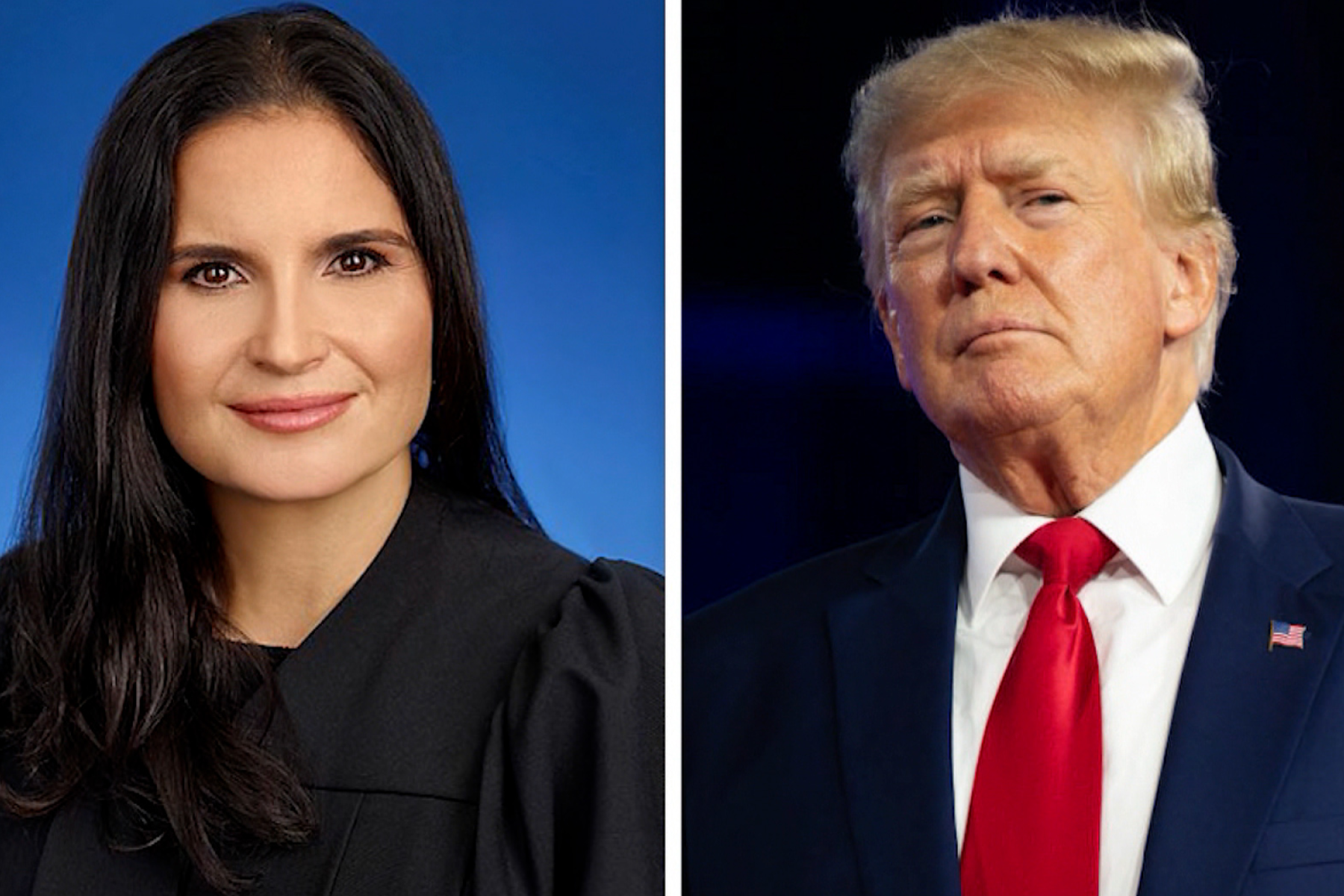 On the right is former President Donald Trump, and on the left is Judge Aileen Cannon

Any limit on the comprehensive and transparent review of materials seized in the extraordinary raid of a President’s home erodes public confidence in our system of justice.

They also disagreed with the Justice Department's claim that including the documents in the special master review would put national security at risk.

Trump's lawyers said that the Government argued on appeal, without explaining why showing the supposedly classified documents to Judge Dearie would hurt national security, he is referring to senior Judge Raymond Dearie, who has been named special master in the dispute.

The Trump team said that the DOJ's statement that it might want to show the same documents to a grand jury or to witnesses during interviews "cannot be reconciled" with this position.

In documents filed with the lower court, the Justice Department also warned that letting Dearie's review include these documents could give members of Trump's legal team access to them. This could include lawyers who the department has said could be witnesses in its investigation.

The Justice Department told the 11th Circuit before that Cannon had "ordered disclosure of highly sensitive material to a special master and to Plaintiff’s counsel—potentially including witnesses to relevant events—in the midst of an investigation, where no charges have been brought."

Trump's new filing with the Supreme Court doesn't fully explain why he wants a special master to look over those documents. Trump agreed with Cannon when he said that, as a former president, Trump would suffer "reputational harm of a decidedly different order of magnitude" if he was indicted based on illegally seized evidence.

When it took the documents out of the special master review, the 11th Circuit made it clear that this was not a good reason.

In another part of the new application, Trump said that he wanted the classified documents to be part of the challenges that his lawyers will have to discuss with Dearie as part of the special master process.

He said again that the Presidential Records Act might protect him from being charged with a crime for how he handled the documents. However, a wide range of legal experts is very skeptical about this claim.

Trump also gave hints that he might have made the records in question public. As he had done in earlier stages of the case, Trump didn't say it outright, but he didn't back away from it either.

On Tuesday, Trump told the Supreme Court that Cannon had the power to send.

These matters to a special master to determine whether documents bearing classification markings are in fact classified, and regardless of classification, whether those records are personal records or Presidential records, such that their disposition may be managed properly under the PRA. The Government’s position presumes certain documents are in fact classified, affording President Trump no opportunity to contend otherwise. This presumption is at the core of the dispute 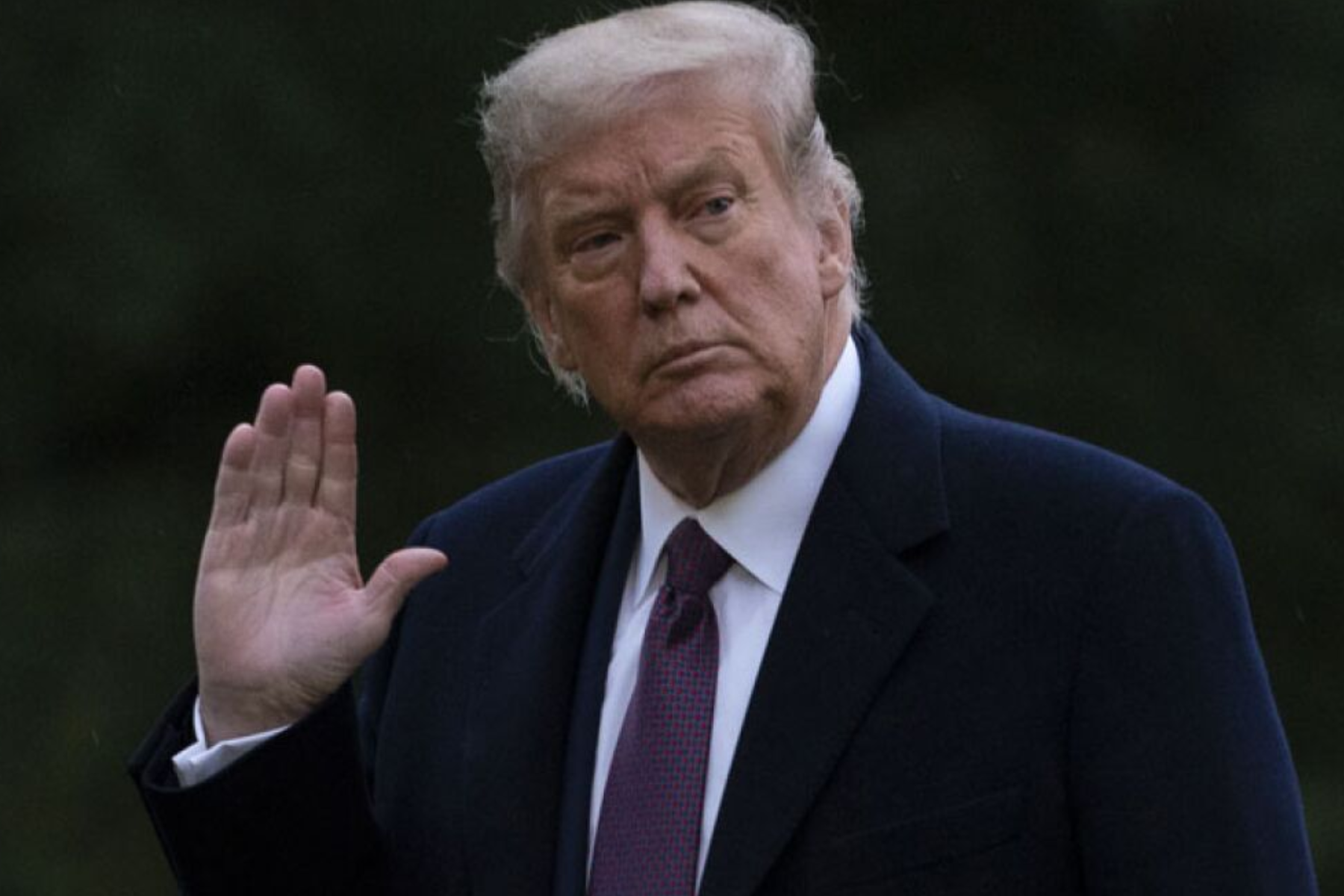 Trump's application is being sent to the Supreme Court just as the court starts a new term in which it will look at a number of high-profile cases.

The current conservative majority on the Supreme Court is already seen as partisan by most Americans because of a series of controversial decisions this year, like overturning Roe v. Wade. The Mar-a-Lago search is likely to become an even bigger issue in the upcoming midterm elections for Congress.

Also, the conservative Thomas is the Supreme Court justice who handles emergency requests from Florida, but he almost always sends the petition to the whole court to be looked at.

Ginni Thomas, who is a conservative activist and married to Thomas, worked to change the results of the 2020 presidential election and testified before a House committee looking into the January 6, 2021 attack on the US Capitol.

Elie Honig, a senior legal analyst at CNN, said that the goal of the appeal is to put off as long as possible the Justice Department's investigation into the former President.

Honig said on CNN's "The Lead with Jake Tapper" that Trump's loss at the appeals court was part of a plan to put things off. "So either he accepts that loss and those documents don’t go to the special master and they go right over to DOJ, or his only remaining recourse is to try to get the Supreme Court to take it, and that’s the course he’s taking now."

Honig said that it's a "close call" whether or not the court will hear the case.

Honig said that the Supreme Court usually tries to stay out of messy political fights. "On the other hand, the Supreme Court is there to settle high-level disputes between the branches that involve core constitutional principles and unique or unusual issues of constitutional law, separation of powers, executive privilege, and classification of documents."

According to politico.com, this would make it easier for Trump to keep arguing that these documents, some of which are marked "Top Secret" or have even stricter classifications, shouldn't be in the hands of Justice Department investigators because they are protected by executive privilege, because Trump declassified them before he left office, or for other reasons.